A week and a half before the scheduled opening of Amira’s second playground, at Sizamele Primary School, the Board of Stichting Gelukskinders had to cancel the project due to the school’s sudden closure.

On Thursday July 14th -only 11 days before the scheduled opening of Amira’s second playground- we received the news that authorities earlier this week have decided to close Sizamele Primary School at the Muiskraal farm, within 3-4 weeks from now. The children and teachers will go to another school in the area. The school will merge with the Buffelsvlei Primary School as a result of the onciging rationalization process, as confirmed by the Department of Education and Sports Developemt. 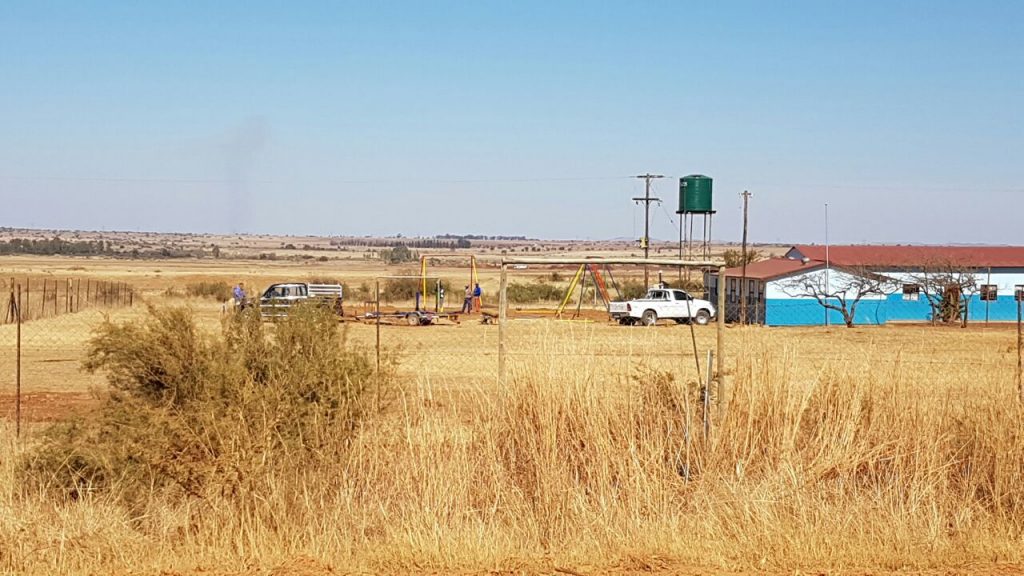 This unexpected development requires quick action of the Gelukskinders foundation as well as its partners; At the very moment the school’s closure was communicated to us, concrete had just been cast to secure the playground equipment. As a resuilt of quick intervention, the bases of the playground equipment have been freed from their foundation and all equipment has been preserved.

Currenlty we are working hard to find an alternative location for Amira’s second playground. With all equipment already manufacturerd and hours for installation scheduled, the target still is to open in the coming 2-3 weeks, during Amira’s upcoming visit to South Africa.