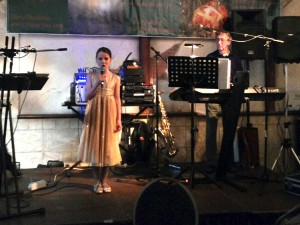 On Wednesday December 17th, Amira performed together with her brother Fincent during a Christmas brunch organized by the Associated Seniors of Beuningen. This event took place in De Vrijboom in the town of Beuningen in The Netherlands. 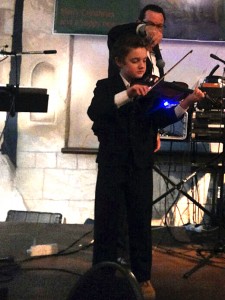 Over 170 senior citizens from Beuningen, Ewijk, Weurt and Winssen listened to Amira performing Ave Maria and Pie Jesu, both songs from her debut album Amira. The young opera singer was at several occasions during her performance accompanied on the violin by her brother Fincent, who also played a few songs solo.

To thank Amira and Fincent for their beautiful performance, the audience spontaneously collected money which was donated to Stichting Gelukskinders. In this way, also the senior citizens contribute to Amira’s charity work. Stichting Gelukskinders would hereby like to thank the Associated Seniors of Beuningen.