Amira’s second playgroud, which until last week was to arise next to Sizamele Primary School at the Muiskraal farm, will be opened shortly on a new location. Construction is going on and opening is scheduled for August 1st.

A new location is found at Lesego Public Primary School, a school counting between 800 and 900 learners. The school is situated in Ikageng, approx. 2 kilometers from Amira Park, Amira’s first playground which she opened in March 2014.

According to principal Pule Seroalo, Amira’s second playground is very welcome: “Many children leave school and run off to Amira Park to play, rather than attending our classes. A playground at the school premises prevents us from spending a lot of time, fetching them and returning them to school.” 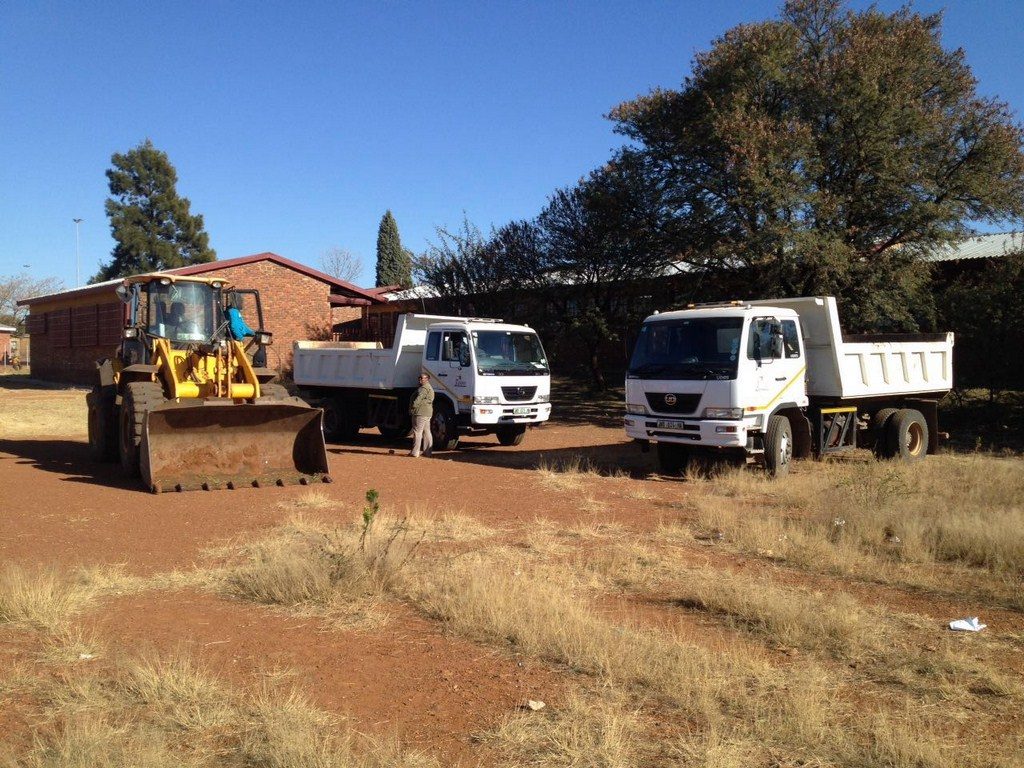 Currently, the first playground items are being installed on the new location.