After a whole year of waiting, on Friday the 16th of August, it were the children of Loula Fourie Primary school, getting ready to storm their brandnew playground. 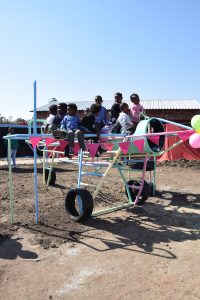 First it was the little ones getting ready for a refreshment and a candy. 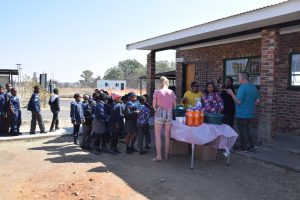 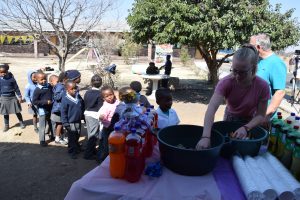 Then, as if it is a tradition, zoooof to the roundabout. 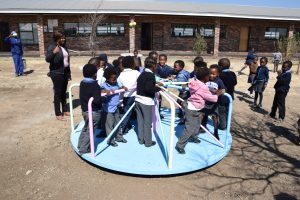 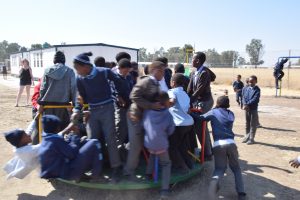 This time it was a bit different. 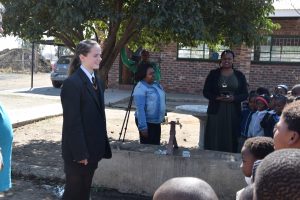 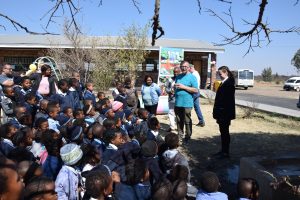 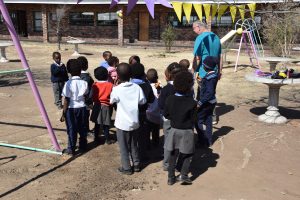 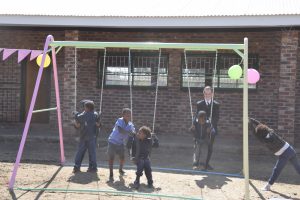 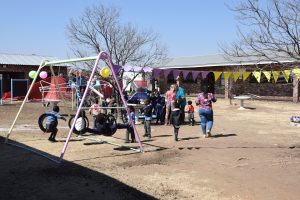 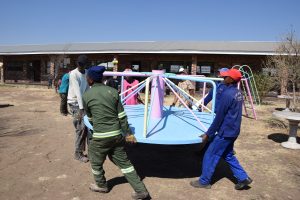 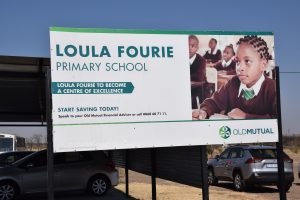 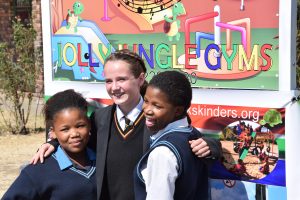 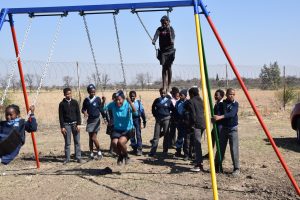 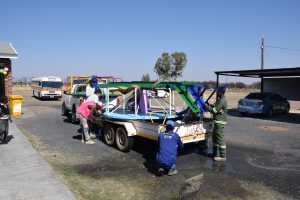 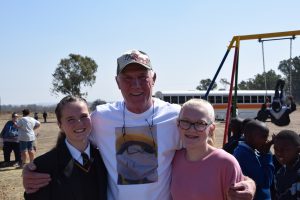 Two playgrounds opened at once. So after the necessary speeches and songs

the children of the upper grades could have their turn to play too.