And what is it like on the other playgrounds? Are there any plans?

That is what we will spread out in this report.

Finally, Covid allows it to place the playgrounds that have been gathered by Amira and her donors in the course of 2020 and 2021. Therefore, first of all, the openings:

Pre-school “Hope Of Glory” here you can see how that went. Do you participate in dance-gymnastics? 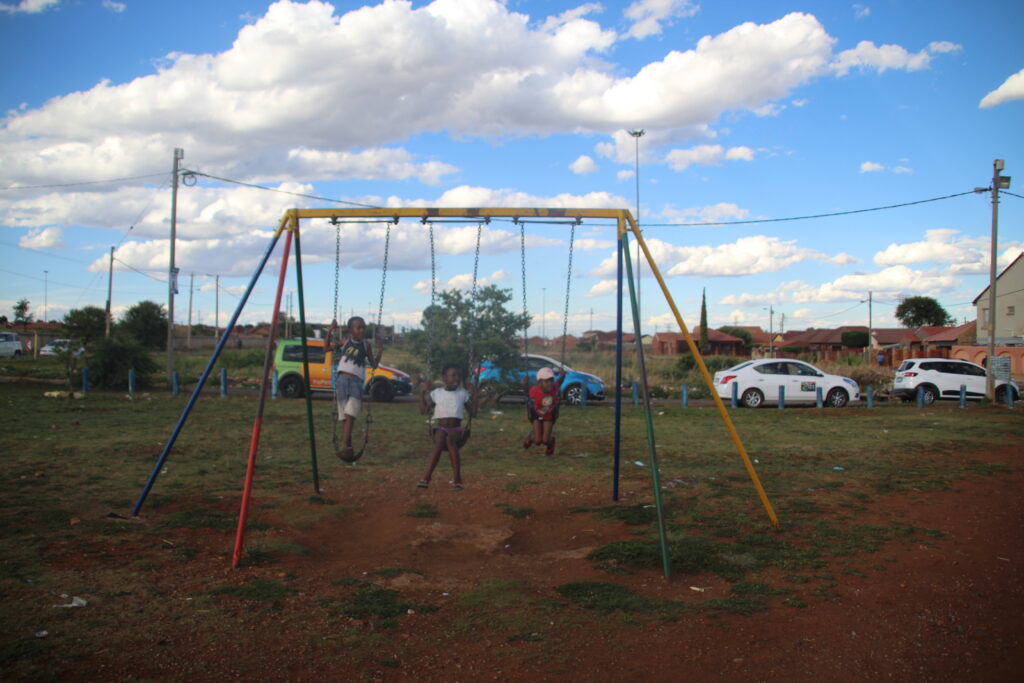 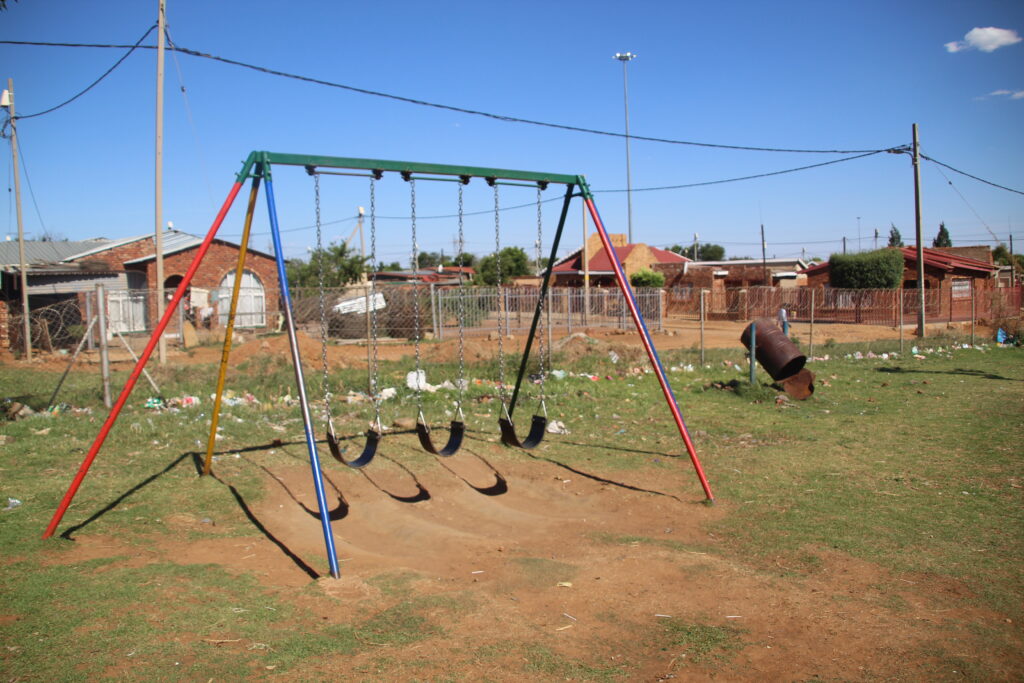 Promosa, Lesego, Ourief, Tshupane, Loula Fourie, Ikalafeng all provided with a layer of paint again and they can handle children again. Here, too, pictures say more than words. 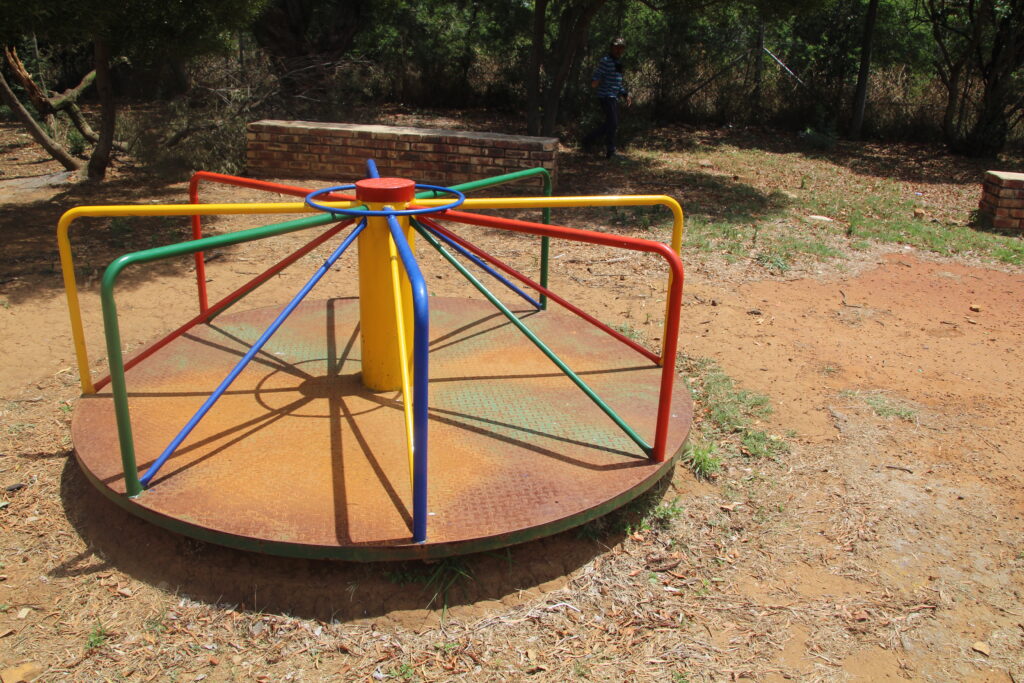 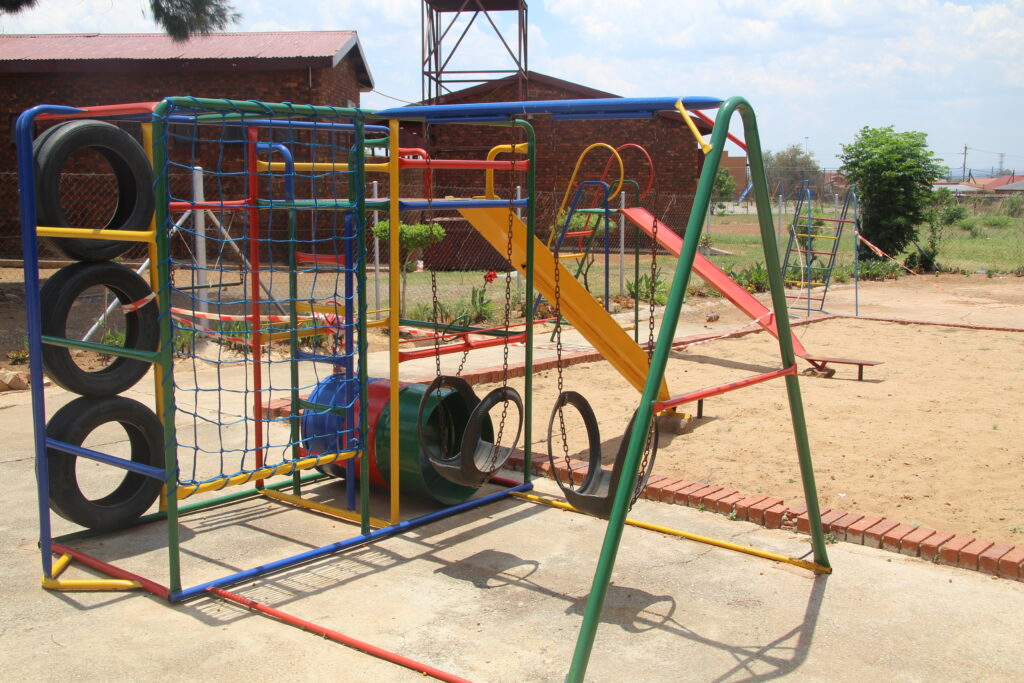 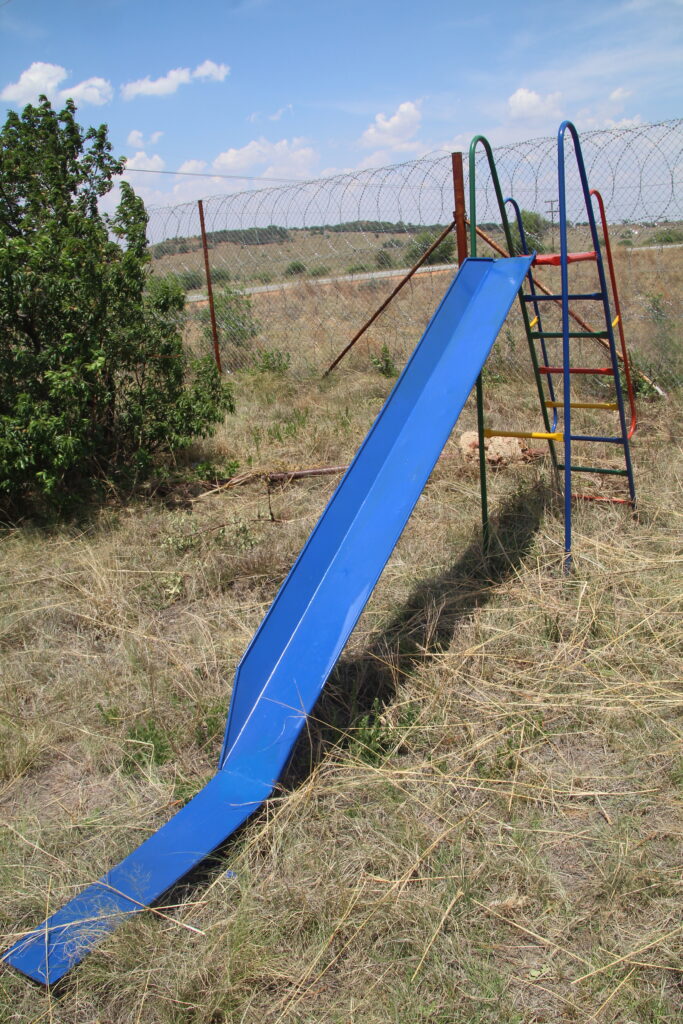 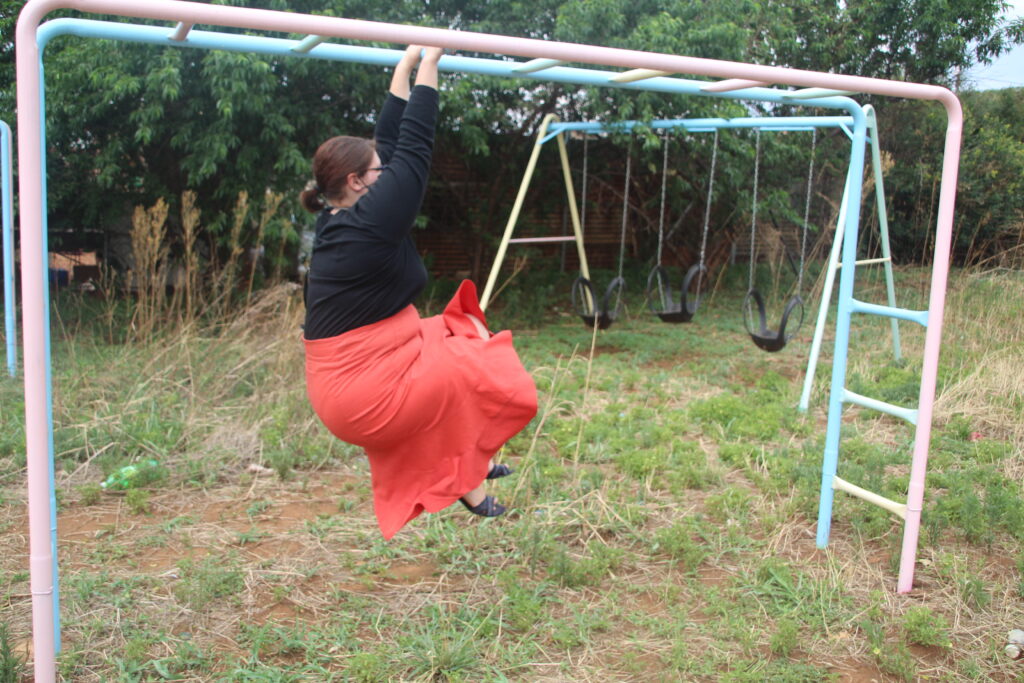 This is Alice our secretary in South Africa 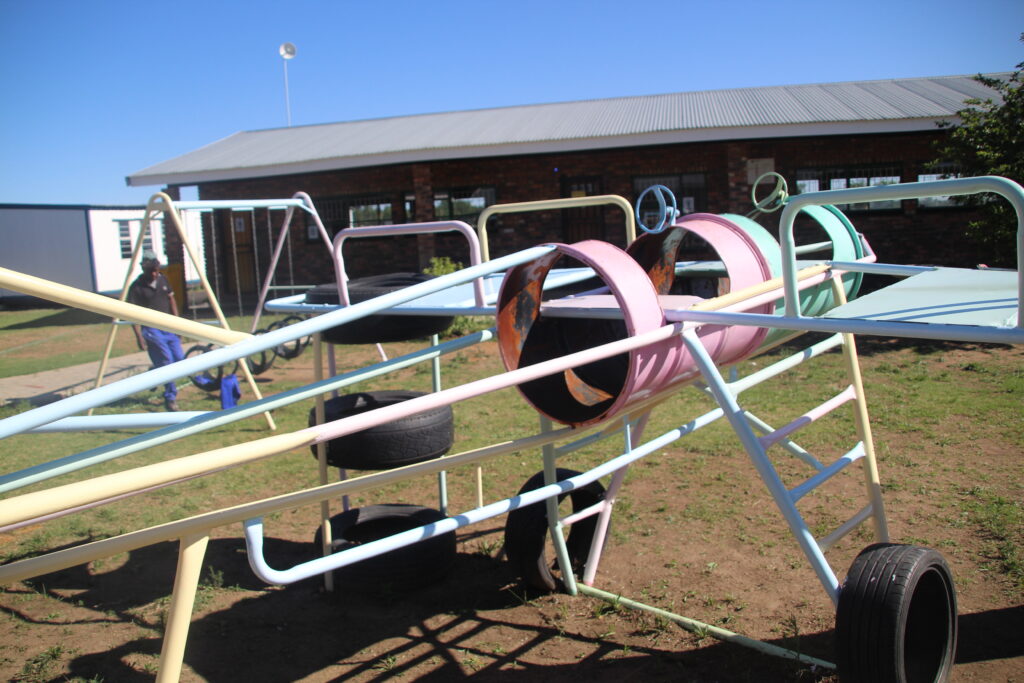 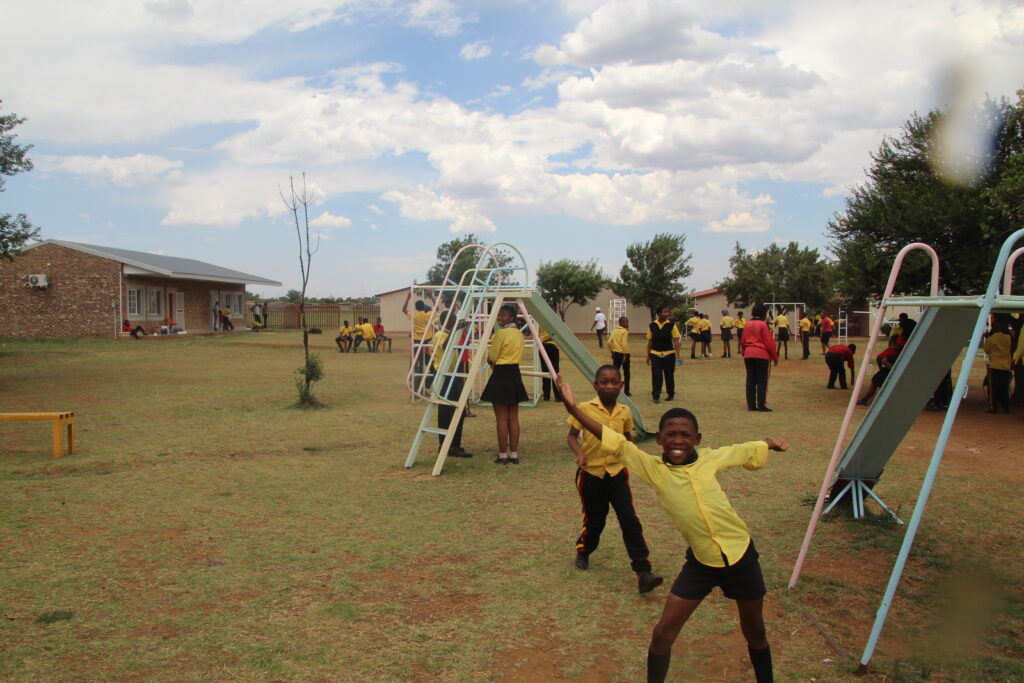 Given the Covid rules in South Africa, the children in the schools are unfortunately not allowed to use the playgrounds. We hope that this will be resolved soon.

In Tshupane there is a task schedule for teachers who have to supervise the playgrounds.

In Lesego there is talk that the large playground placed there will be moved to the adjacent site. Grass! That’s great. On the other site there will be sports facilities for the children.

Gelukskinders does not have to pay for that.

Gelukskinders will also place the other playgrounds during the months of December 2021, in Opang Diatla. End of February, in Keotsipile. Early March in Bokamosa. This brings the total number of playground projects to 18.

There is also a project ready to go, though the finances of are not yet completely finalized, for a

pre-school in Sonderwater with the name: “Morswedi Wa Both Kres”. This will hopefully be opened around the festivities around the birthday of our patroness Amira.

For 2023/24, there has been a preliminary investigation into a possible large, public playground in Hessie. It looks promising.

Plus, a netball project is about to be started… eventually leading to a big Gelukskinders tournament, in which all schools that have received a Gelukskinders playground will participate.

These 3 final plans are still in “the bag”, so to speak but we hope that you as a donor or potential donor, can help Amira to make her dreams even bigger. The sales from our webshop also help. Gelukskinders wants children, who have a hard time, for various reasons, in the townships, to still have some fun.