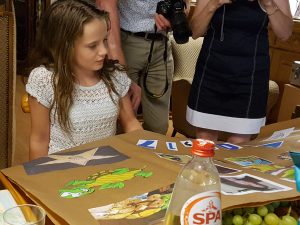 During the past 12 months, 106 children, varying in age from 2 up to 14 years old,  worked very hard to support  Amira’s playground project and her Gelukskinders foundation. This weekend, Amira received a cheque on behalf of her foundation.

These106 children, who are of Flemish origin but are living across Belgium and France, raise momey for charity each year. In August 2015 they unanimously decided that Stichting Gelukskinders would be the charity organization they’d be supporting the whole year..

On September 1st 2015 they started their project: grandpa’s car was cleaned, shopping carts were returned, some children did their aunt’s ironing, old toys were sold and in countless other ways the children raised money. 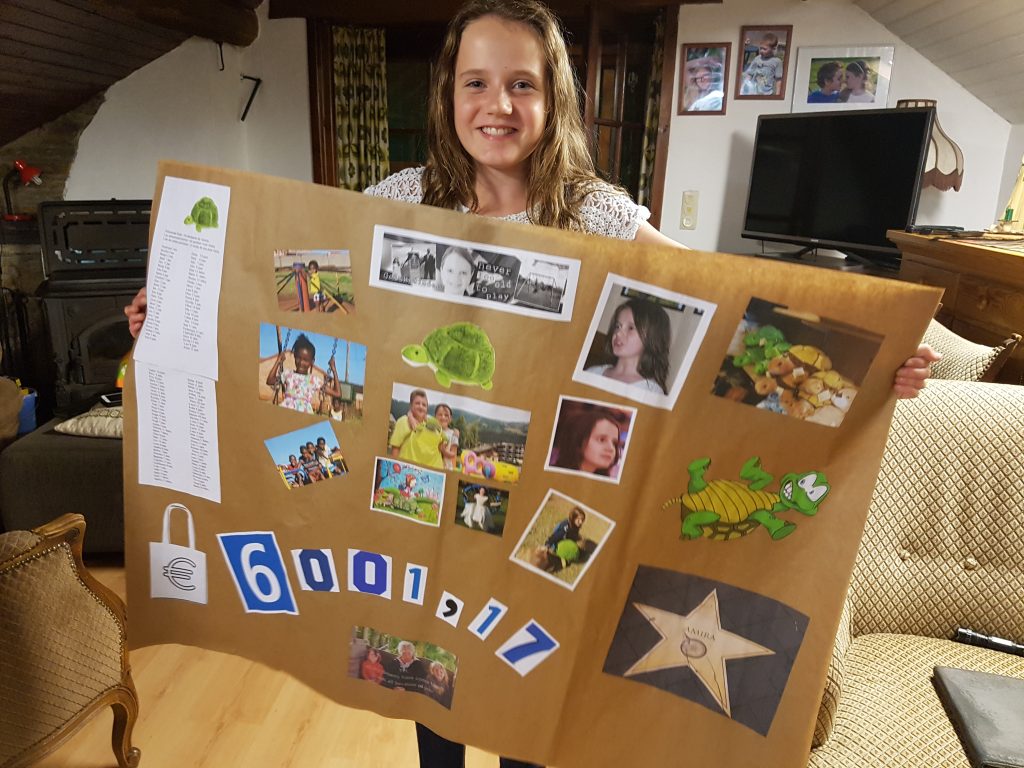 On Friday September 2nd 2016, Amira -on behalf of her foundation-  received a check of no less than €6001,17. With this enormous amount, which was collected by so many enthousiastic children, building a third playground suddenly becomes reality.