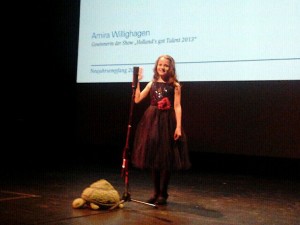 On January 27th Amira performed during the New Year’s reception of the Universitätsklinikum Münster, in the “Kleines Haus” (Small House) theatre in the German city.

For an audience of about 300 guests, Netherlands’ youngest opera talent sang O Mio Babbino Caro and Nessun Dorma, among other songs. 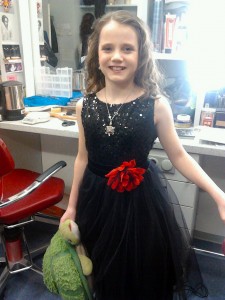 When looking at this topic’s photos, Amira’s fans will immediately note that she is wearing a new outfit on this occasion: a black dress with a red rose.

In order to thank Amira for her beautiful performance, Universitätsklinikum Münster has decided to make a donation to Stichting Gelukskinders.