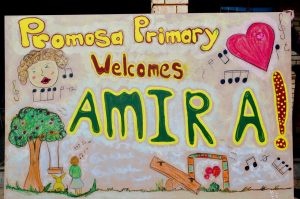 On June 20th, Amira opened the 4th playground for her Gelukskinders foundation. This new playground is located at Promosa Primary School in Promosa (Potchefstroom), and offers play fun to more than 1800 school children, in age varying from 5 up to 13 years old.

Promosa Primary School was already contacted in 2016, but building the playground hadn’t started yet because of the extra time and cost involved to first perform ground leveling work.  In june 2017 the renewed Gelukskinders Board continued the project and has started to build the playground at Promosa.

On Tuesday June 20th, Amira has visited Promosa Primary School, together with a delegation consisting of Gelukskinders Board members as well as involved staff from the North West University, to open the new playground. A festivity program was made for the school children to celebrate the opening of their playground.

Amira among the children of Promos Primary School

The school choir sang various songs to thank Amira for the playground. Prayers were said and various speeches were held by Principal Clement Adams, Hannes Malan who coordinates a lot of local tasks around playground development, and of course by Amira, who thanked the people involved for realizing her fourth playground. 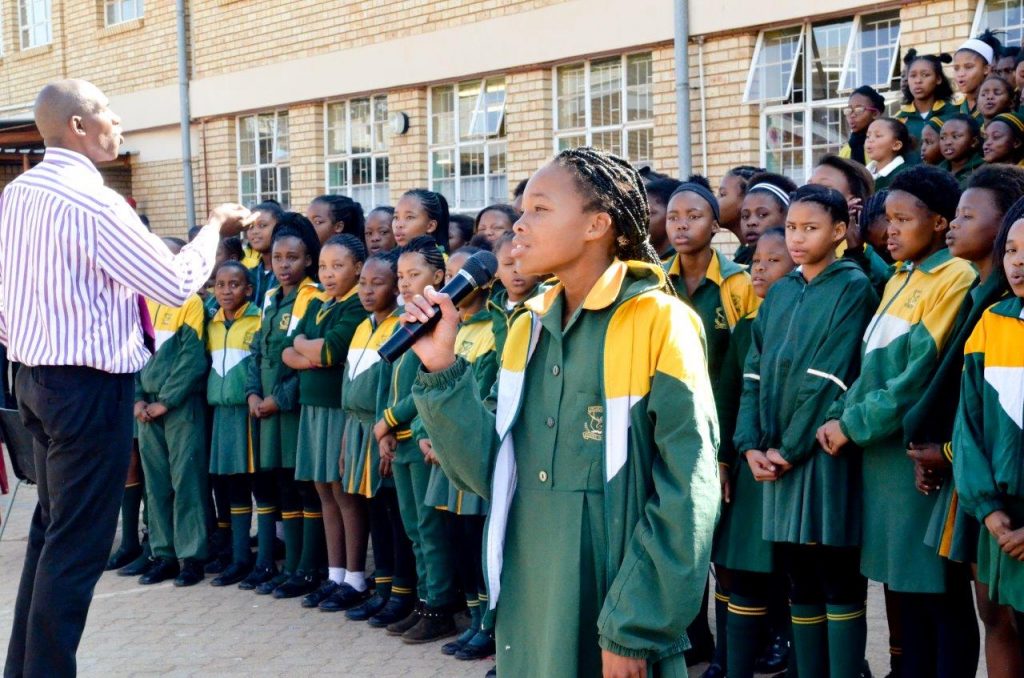 At the end of the program Amira sang 2 songs together with the school children, of which one is South Africa’s national anthem Nkosi Sikelel’.

After the opening program it’s time for the actual playground opening. Amira cuts the ribbon which gives access to the new playground. 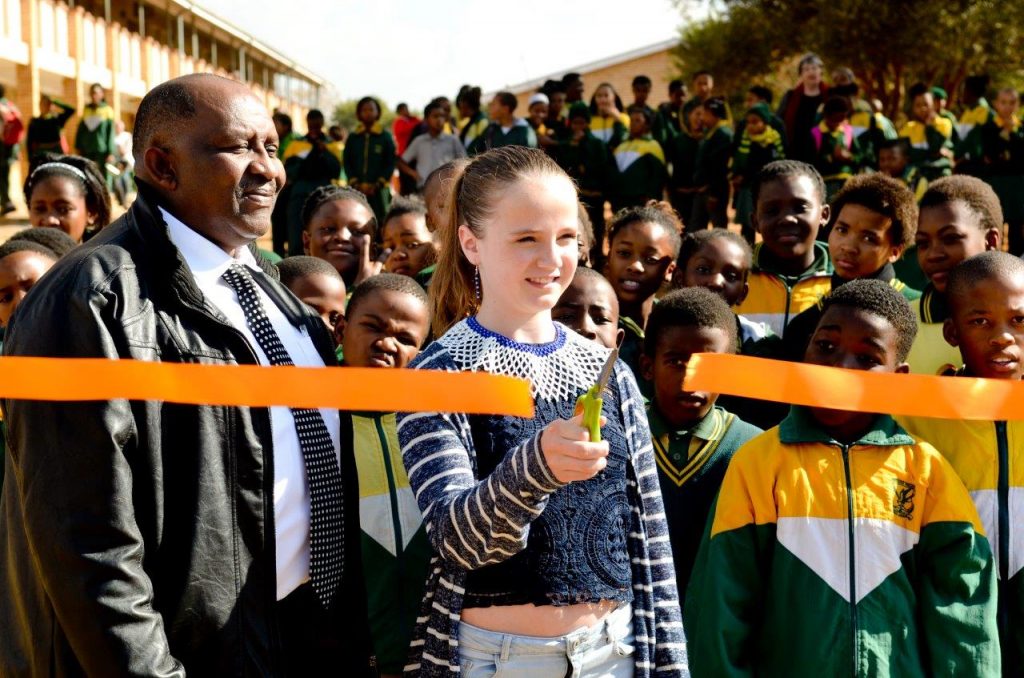 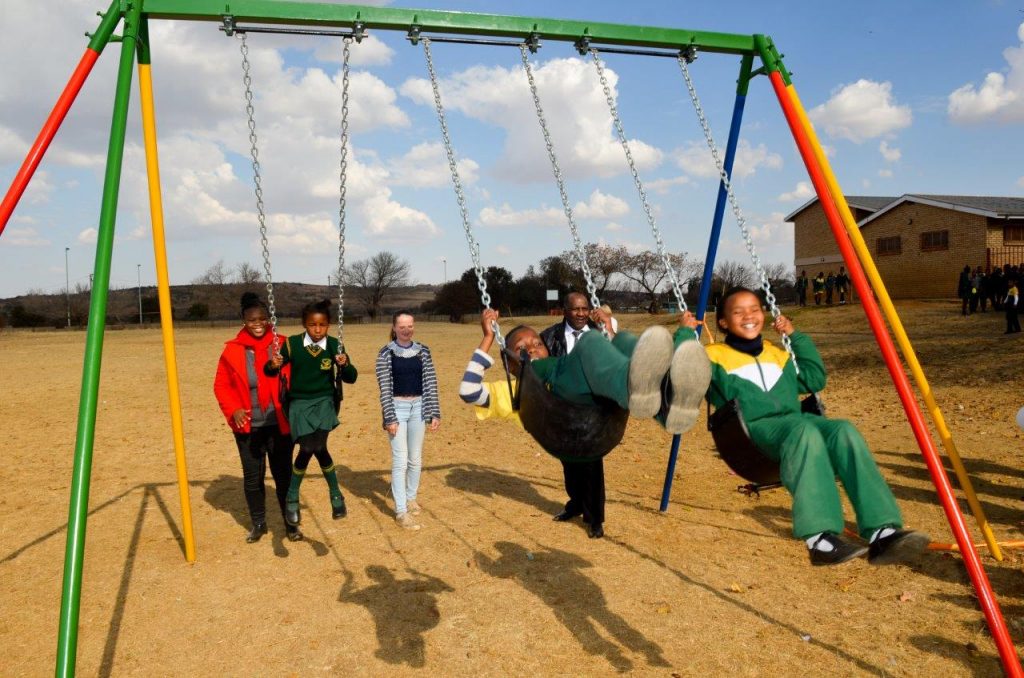 The children play in their new playground