Amira appeared as special guest at The Youth Gala, which was organized by Children’s Correspondent Tako Rietveld. During this gala, which took place at 16 February in the former boardroom of the City of Amsterdam, children had a leading role. 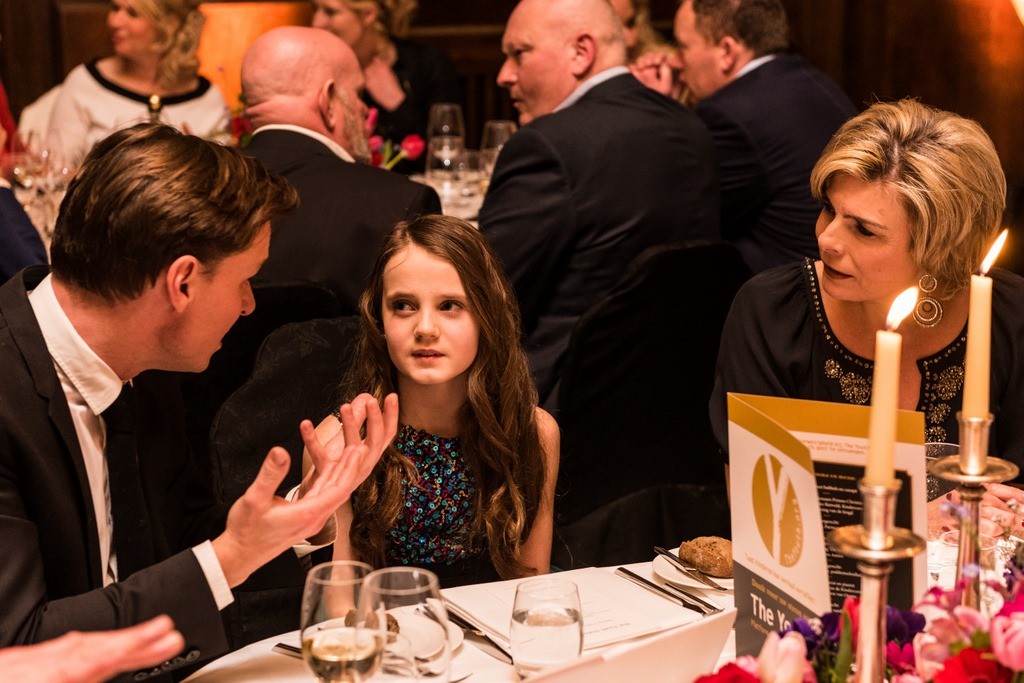 The evening’s main message was that children should be heard, and should get the chance to telltheir own story.

Amira gave a speech about her choice to help other children, her first playground, the establishment of Stichting Gelukskinders and the way she and her foundation’s board discuss and overthink the progress of the various projects.
She finished with a simple calculation showing how easy it is to contribute: “If each of tonight’s 150 guests can find 10 friends who bake and sell 10 cupcakes at €1 each, I have enough money for the next playground. It’s that simple!”

Furthermore the Youth News Foundation was presented, being World’s first foundation with the mission to enable children to tell their own stories. This will be done by collecting children’s stories, giving them a voice and offering a platform where solely news stories submitted by children and youth can be found.