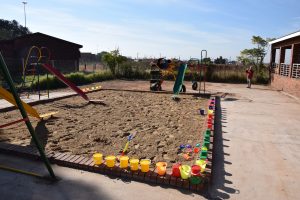 Africa. It was a gift from her fans in honour of her 14th birthday. It is a small playground, but sufficient for the 90 younger children at the school, 6 to 8 years old.
And they were given a big sand pit too! This was made possible by donations from fans in honour of Fincent’s 16th birthday. 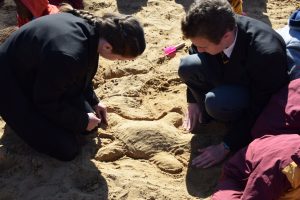 The official opening started at 11:00h that morning. Amira and Fincent had exams beforehand, so they arrived in their school uniforms. 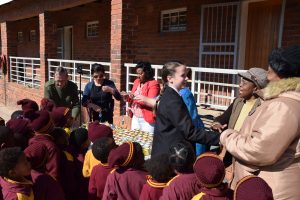 regional Department of Education. Then all the children sang beautiful songs; and Amira had to sing too, of course!
She sang three songs that morning — in ‘turbo drive’! — quickly and powerfully. After the first song, children from the older classes crowded around the fence. It 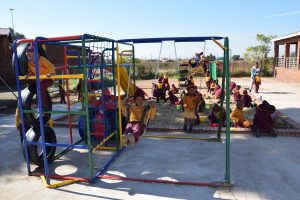 After all the necessary formalities, the children took over and swamped the playground area. And the new sand pit became crowded in a few seconds too. There were 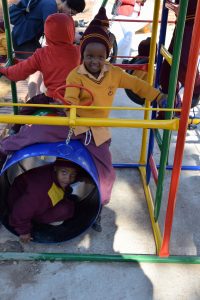 soon queues at the merry-go-round, slides and swings.
There were so many happy faces! It was an emotional time for all who were there.
The children were also spoilt with sweets (candy) and lemonade. The lemonade was poured into special cups that Amira had decorated herself. And all those cups now stay at the school, so that all the children have their own cup. 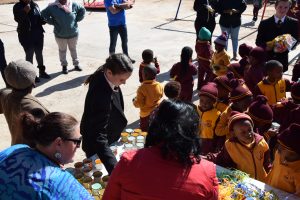 The South African national anthem “Nkosi Sikelel’ iAfrika” was then sung by all the children.
It certainly was a wonderful day for the children. For Amira it was emotional and joyful, all at once.
For us who were present too, fans and board members, we were happy to be there and to be of service to Amira and her foundation “Gelukskinders”.

The older grade children already have a playground. An earlier gift from Amira’s foundation.

(Together with the pictures of the Dutch version. All these might give you a nice view of what went on there)